Michelle Obama Speaks at the DNC

very touching, i must say.

Posted by anirtakanna at 21:48 No comments:

Randy Pausch died July 25th 2008 as a result of cancer spreading from his pancreas. He is a hero to me because he truly understood what it meant to be alive! With his fatal prognosis warning him he only had months to live, Randy inspired millions with his optimism about life. His family was lucky to have him. You touched a lot of lives on a truth that is just so very painful to face. It's good to see how others face the end of their lives so that we can do the same and put our lives into perspective.

Thank you Randy Pausch, for your short time on this planet you inspired us and left it better off than before you came to be.

Posted by anirtakanna at 21:00 No comments: 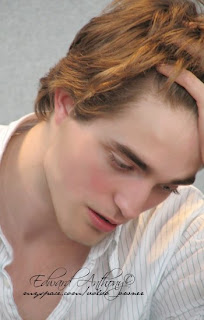 I think,
At some point,
Everyone dreams of finding..
An Edward.
Someone whose name you call, or whisper.
And he's right there waiting.
Someone who hums a lullaby,
And holds you close, as you drift off.
Someone who seems to just glitter, in the Sunlight,
Whose eyes are often Topaz,
Warm,
And Reassuring.
Someone who takes you to dinner,
And ignores the pretty waitress.
Someone who follows you,
Watches you always,
Secretly, Just to be sure..
You're always okay.
Someone Romantic,
Yet has a good sense of humor.
Someone Ancient, Yet Young.
Who'll save your life, No matter what.
Who cries when you're injured.
Someone who cleans out even the deadliest wounds,
However impossibly hard it may be.
Someone to take you to your prom,
Despite your complaints,
Who teaches you to waltz,
As you stand on his feet.
Someone who just knows when it's time.
When forever really means forever.
And takes you away,
For years to come....

Posted by anirtakanna at 23:52 No comments:

what type of girl are you?

Posted by anirtakanna at 14:04 No comments:

WARNING: Reading Twilight may cause an obsession. 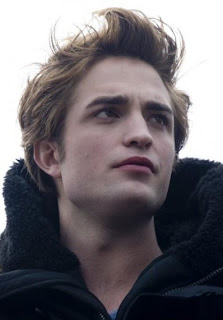 Because of Edward Cullen. i'm staying single until i find my vampire ;)
Because i read Twilight, i have unrealistic expectations in men. HAHA!

that's how i like my men.. cold dead and sparkly ;)

breaking dawn.. give me the damn book before i hurt someone! 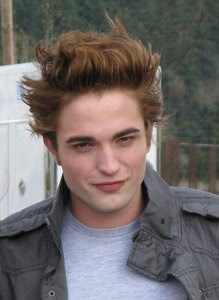 mortality is so overrated... BITE ME :p

save gas. ride a vampire ;) 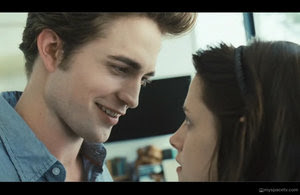 Edward is the new Romeo ;)

Edward is my favorite color ;)

someday my sparkly vampire will come :)

in my head.. edward is my boyfriend.. alice is my bestfriend and jacob wants me :p

(stole all this from bianca...thanks girl! but all so true.. couldn't have said it any better...:D)

on being a friend and a girl

it's been said that:
It hurts to fall in love with a friend. You keep on hiding your feelings, avoiding it as much as you can until you cry your heart out...all out of fear of losing a friend and a love you never had.

i've longed so much for this feeling. to like someone new. to get over my ex-boyfriend. and it has happened. but who would have realised that i would lose that guy to my best friend. and they are two of my closest friends. and though to them, their closeness, seems just like they're just really close and comfortable with each other.

complicated much? not really. i guess it's really simple. there's this picture. of a boy and a girl. and i'm just not in it.

so when one of my best friends is falling for the guy i like, who is also my best friend; which one should i be, a friend or a girl?

Posted by anirtakanna at 17:54 No comments: